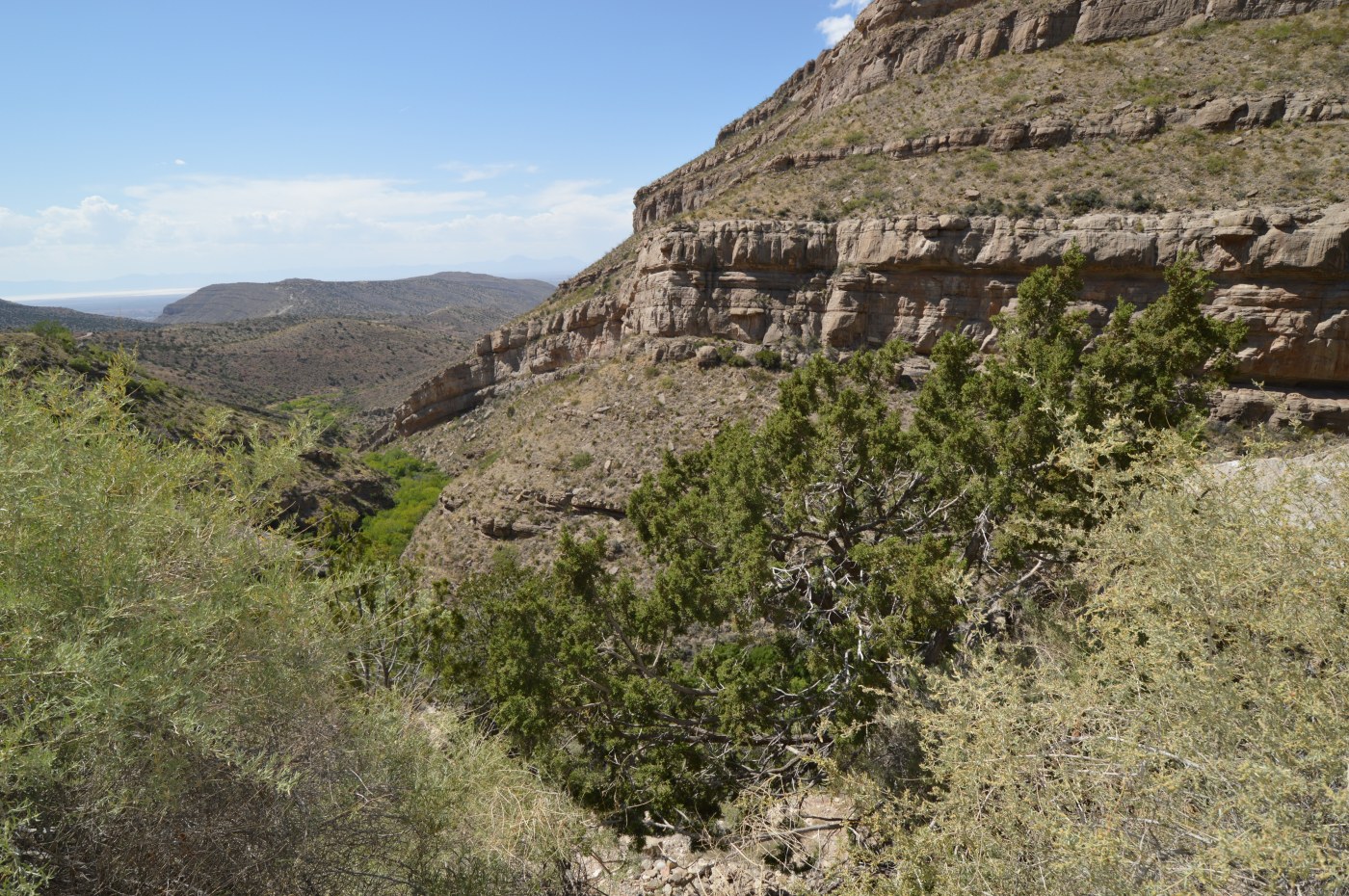 When we decided to start taking road trips we didn’t realize how flexible we’d have to become. Things don’t always go as planned and we were about to figure that out. When we left Sitting Bull Falls we had every intention of visiting the Abo Elementary School & Fallout Shelter in Artesia.

Growing up during the cold war we both lived under the threat of nuclear war every day. We had frequent duck and cover drills during our years in elementary school. Who could ever forget that wise old sage Bert the Turtle!

For those of you who don’t know about the Abo Elementary school let me give you a quick background. The school was completed in 1962 and is entirely underground. It’s existence served a dual purpose. It was not only to be used as an elementary school but also to serve as an advanced fallout shelter that could hold over 2000 persons. It was the first elementary school in the U.S. of it’s kind. There were the usual rounds of politics, backlash, and financial scrutiny that goes hand-in-hand with deciding what is (or is not) best for the children when it comes to government involvement. The history of the school is fascinating and I encourage people to learn about it.

In 1995 the Abo Elementary school was finally closed when a new school was built next door. The old school was sadly converted to a storage facility, but in 1999 it was added to the National Register of Historic Places. So I guess it will at least be remembered as significant although not currently treated that way.

We didn’t know if we’d ever have another chance to visit this unique underground school that stood so starkly as a symbol of our nuclear era upbringing, so we were pretty excited to check it out while in this part of New Mexico.

At the time we didn’t have an exact set of GPS coordinates but we did have an address (sort of) that we plugged into “Judy Garmin” our GPS device. Anyone who has had to rely on a Garmin GPS product knows that sometimes it’s not all that and a bag of chips. In fact, it often leads you out of your way, gets you lost, or simply drives you around in circles. This time was no exception. After circling several times and never finding the right structure we gave up and headed for White Sands via a route through the city of Cloudcroft.

Driving through mountains on narrow roads with no guardrails is by far at the top of my list of least favorite things to do in this world, but the route through Cloudcroft was the most direct and it’s about time I started to put my big girl pants on.

The drive was actually very pretty once we got used to the crazy drivers going 15 mph over the posted speed limit and passing in a double solid line zone. The drive itself was a fairly steep climb as the city of Cloudcroft sits between 6800 – 6900 feet above sea level. One of the highest cities in the lower half of New Mexico. Unlike it’s namesake, we didn’t see a single cloud in the sky. The drive was clear and beautiful. Feeling the temperature drop as we rose in elevation was also a pretty neat experience for a first timer.

A word of warning for those driving east to west on 82. You’ll see a lot of signs about a bathroom ahead. Turns out this was a pretty good marketing ploy by one of the small convenience stores along the way. After seeing so many signs we had the impression that this might be the only place to stop and take a “break”- so we did. Of course once you get inside you’re not allowed to the use the facility unless you purchase something. Also the store owner does not provide paper towels to dry your hands due to some fear that they will be flushed down the toilet. ALSO, there are signs inside the restroom warning that you are being recorded – maybe it’s a joke – maybe it’s a legal notice. Either way it’s not one of those places where you get that warm fuzzy feeling. So do yourself a favor and pass this place because about a mile up the road on the left is a park with public restrooms. They are free and the chances of being recorded while doing your business are less questionable.

As for the city of Cloudcroft it was a cute and quaint little town. But we were on a mission to visit White Sands so we gassed up and headed down the other side of the mountain.

Going up the mountain was not nearly as scary as coming down. This is when I coined the Sacramento Mountains – The Big Scary Mountains. I know by comparison they aren’t really that big, but for us flatland beach bums they are. I have had no experience driving down inclines and although Mr. McGee has had some it was a long time ago. So we switched between downshifting and using our brakes trying to figure out which was the best way to go. Our SUV is pretty heavy and picked up momentum rather quickly.

We pulled over at a scenic overlook and when I stepped out of the SUV I commented about the smell of someone’s brakes or transmission overheating. As it turned out – It was ours! We have some learning to do about the best way to navigate steep declines.

We hung out at the overlook and waited for things to cool down. Mr. McGee wasn’t worried because the worst of it was over, but I still was. We looked out toward Alamogordo and the scenery was breathtaking. I was trying to wrap my head around the size of the White Sands National Monument and what to expect when we finally arrived. But I’ve gone on long enough so I’ll save that story for next time.

If you enjoy hearing about our journeys and learning along with us, please consider subscribing. Take that extra step and click the like and share buttons. Want to know how it all began? Read our first post.

Maybe you’re just passing through, but wish to buy us a cup of coffee, you can find a donation button below. Your support, in any way you choose to show it, is greatly appreciated and brings us one step closer to taking our full-time journey. 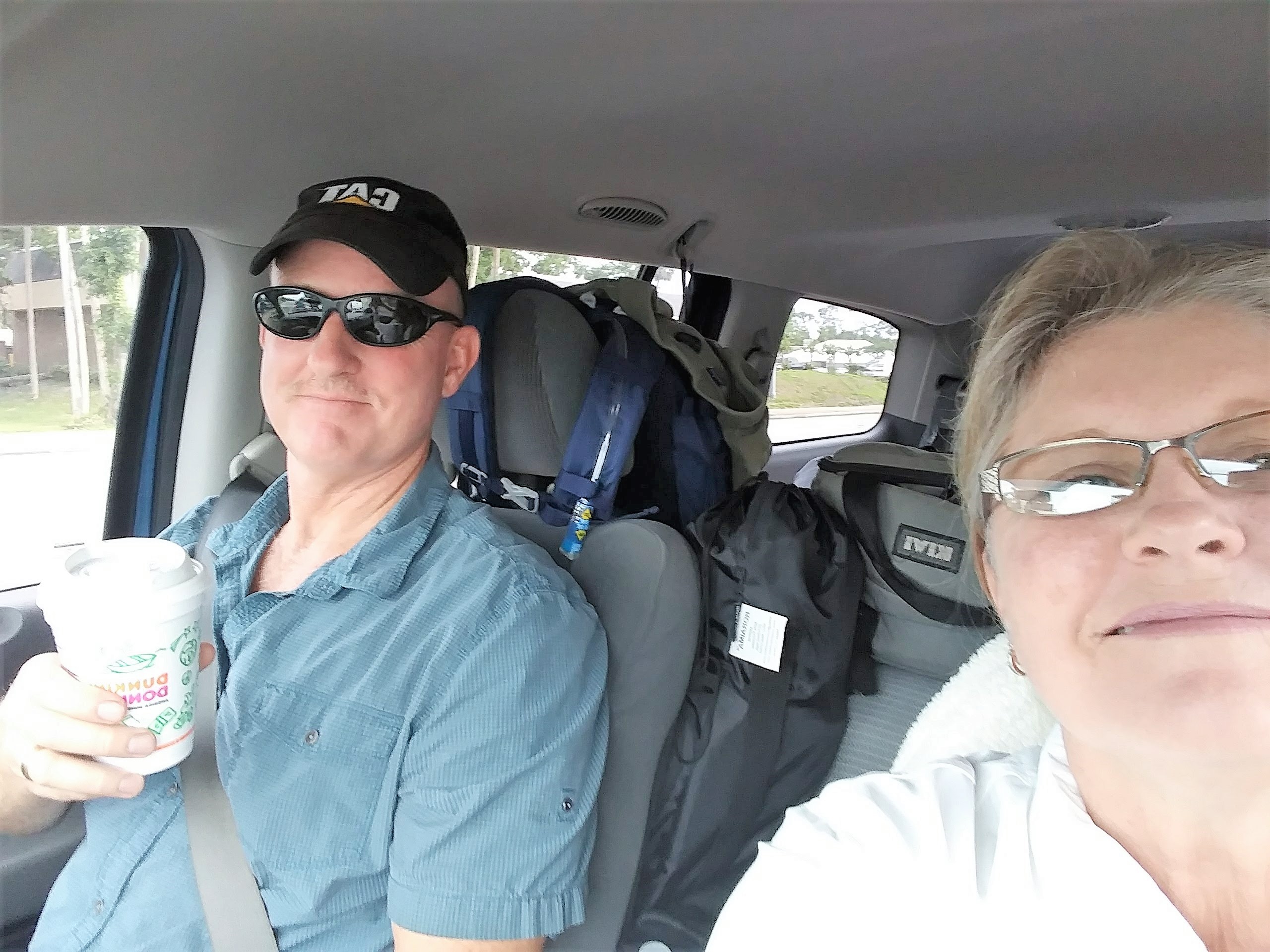 2 thoughts on “Fallout Shelters and a Drive Through the Clouds – Or Not!”