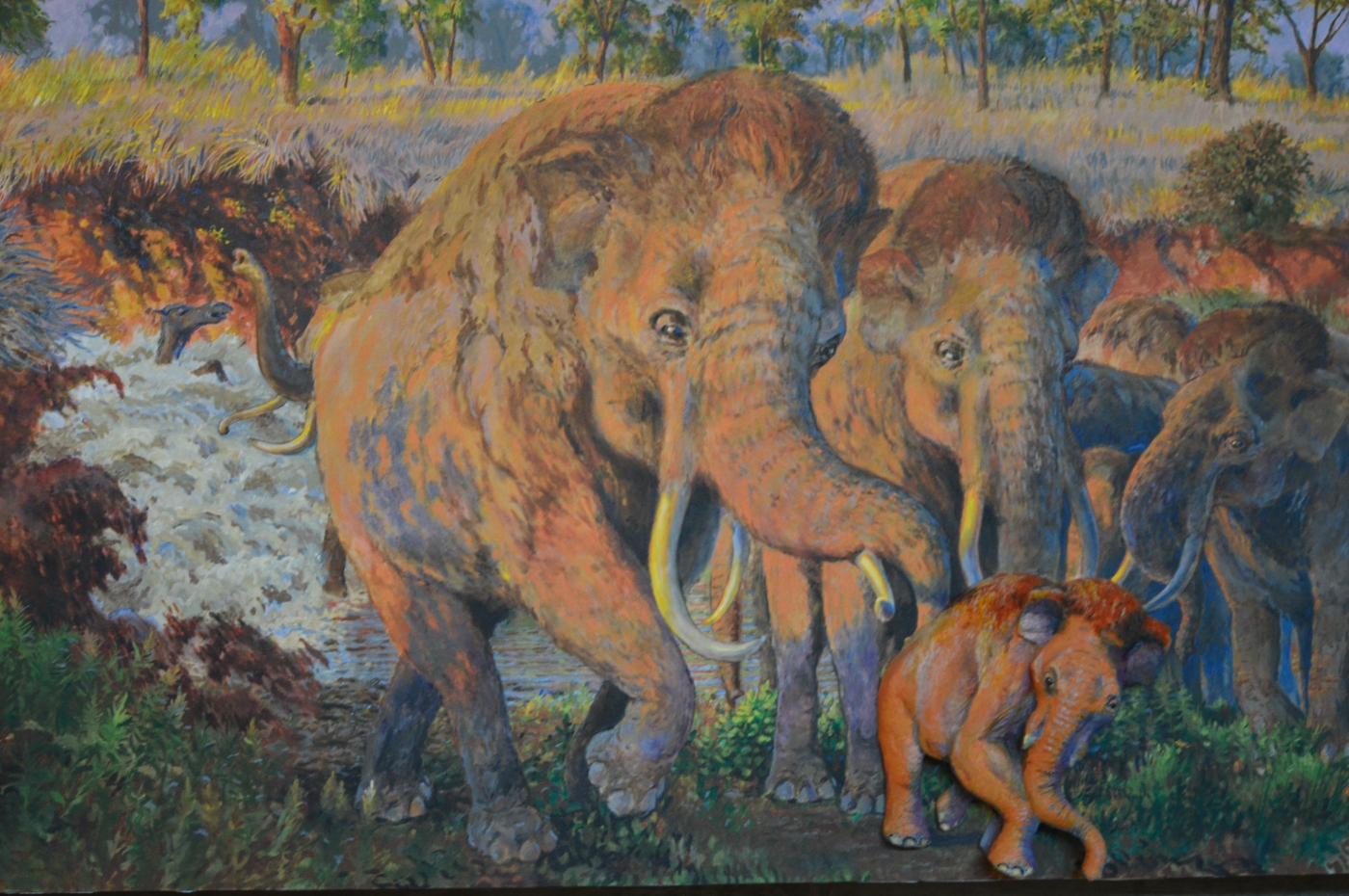 When I was a little girl I wanted to become a paleontologist – a real life down on bad knees, aching back, dirt under your nails, leather-skinned paleontologist. But life happens; college is expensive; I realized it probably wasn’t a practical dream and I went into business management where I could receive free on the job training instead. *Big sigh* So when I was planning our trip and discovered that there was a place in Texas where I could see an actual dig site with fossilized mammoth bones in situ, well, my head almost exploded!

Now Mr. McGee (being the best husband on the planet) let me indulge in my little vicarious adventure and agreed that Waco Mammoth National Monument would make a nice addition to our list of sightseeing destinations. So we left the place of many spiders and continued west.

We’ve learned to trust my judgement when picking travel destinations as I had more exposure to the Arts & Sciences kind of stuff than he had growing up. In fact, I huffed my first five gallon bucket of dirt down the side of an Indian Mound excavation site before I was in high school. Those were good times! Mr. McGee had a more typical, baseball, basketball, ride his dirt-bike, learn to shoot, run the streets with the boys and come home at the end of the day kind of upbringing – which made him the awesome, independent, responsible dude he is today – well, that and the Marine Corp. 😉 Anyway, we’ve reached that point in our lives where we both look forward to broadening our scope of knowledge by learning from each other and indulging in each other’s passions. In short, I think he was as excited to see a real dig site as I was and Waco Mammoth National Monument did not disappoint. So enough about us and more about our experience there.

Usually when one thinks about fossils and dig sites one tends to think about dinosaurs and creatures that roamed the earth millions of years ago. We sometimes overlook the idea that there is also another time of the giants and that is the Pleistocene Epoch (the Ice Age) which only ended about 10,000 years ago. During this time giant ground sloths, mammoths, giant beavers, and giant tortoise left their tracks upon the landscape and at a ravine near the Bosque River in Waco, Texas, they also left behind a little more.

In 1978 the femur of a Columbian mammoth was discovered by two men in Waco and for the next 20 years the staff, students, and volunteers of the Strecker Museum excavated the site. What they uncovered was a nursery herd of mammoth who appeared to have all drowned together simultaneously between 65,000 and 72,000 years ago. This same site also produced the fossils of a Western camel, dwarf antelope, giant tortoise, American alligator and the saber-tooth cat – my personal favorite. And yes, I said camel. Who knew there were camels in the North America – not me.

A few facts we learned about the Columbian Mammoth during our visit:

The dig site itself is housed inside a climate-controlled “dig shelter” which protects the exposed bone. A really cool part of the exhibit is it’s suspended walkway over the site itself. It has been open since 2009 and was added to the National Park System in 2015 by Presidential Proclamation. The site is maintained not only for public viewing but also for further scientific study. It’s the only recorded discovery of a nursery herd of Columbian mammoths. The site is managed in partnership by the National Park System, the City of Waco, and Baylor University which combined do a fine job of preserving and presenting the find to the public.

We thoroughly enjoyed our time at the monument and hope that you join us in supporting it’s continued existence by visiting the site sometime during your travels. Our next stop is what I like to call the place of look-at-all-the-deer and so-thats’-what-a-roadrunner looks like, also known as Lake Whitney State Park.

7 thoughts on “Mammoths & Camels in Texas?”